The 38-year-old Kim Collins of Saint Kitt and Navis set an other personal best and  world leading mark in the 60m dash at the 11th edition of the European Athletics indoor meet Pedro's cup. 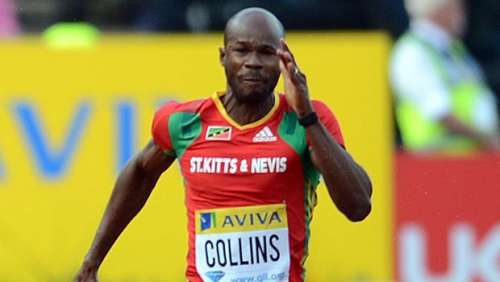 The former world 100m champion, Collins, won the 60m final with an impressive time of 6.47 seconds to smash his own National record by 0.01 seconds. USA's Mike Rodgers 6.52 took second, while world indoor champion Richard Kilty of Great Britain took third with a time of 6.54 seconds. Kim Collins have been undefeated so far this season.

About an hour later in the final Ortega left no hopes for his competitors as he powered to victory in 7.45 seconds. Merritt took second 7.45 and Robles third 7.64 seconds.