The OIympic and World champion in 5000m and 10000m, Mo Farah, has dropped out from this weekend's Great Edinburgh Cross Country race. 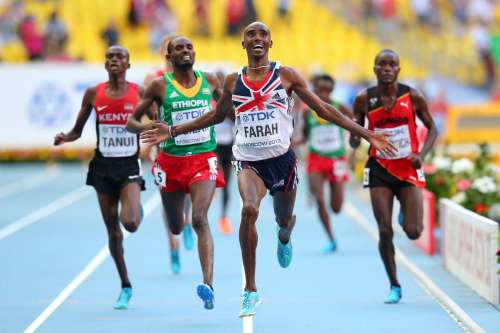 The 31-year-old was scheduled to race the 8km cross race for Great Britain and NI who would compete against Europe and the United States, but due to illness over Christmas was forced to "take some days off training"

"Unfortunately, I have to cancel my participation as I had the flu over Christmas and New Year." Farah tols BBC Sports

Farah told that he his main goal for 2015 is be on top on the track.

"My main goal for 2015 is the IAAF World Track and Field Championships in Beijing and I will keep training hard to defend my 5,000m and 10,000m titles," Mo Farah Concluded.

This weekend there will be plenty of action at the Great Edinburgh Cross Country race as the many world's best runners will line up for the International 4km race.