Two Asian records fell on the penultimate day of the track and field competition at the Asian Games in the city of Incehon in South Korea on Thursday night. 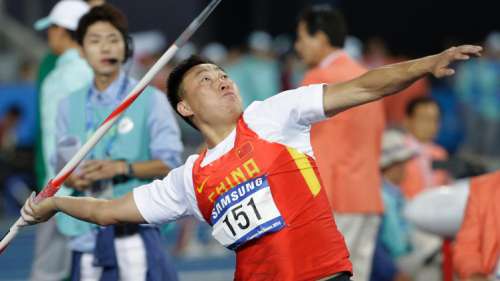 Chinese javelin thrower Zhao Qinggang  highlighted today's athletics program in Incheon's Olympic stadium as he took the gold for his country with a massive throw of 89.15 meters.

Qinggang broke the previous Asian record who stood for 25 years. Also Qinggang's mark is second best in the world this year behind Egypt's  Ihab Abdelrahman's world leading mark of 89.21m.