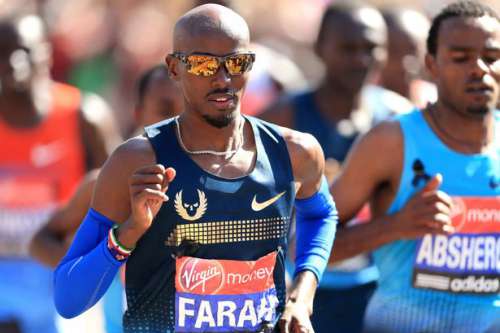 Farah, who took in August European titles in 5000m and 10000m won the race with a new personal best mark of 60:00 minutes. Mike Kigen of Eritrea, who led the race until Farah moved up front  about  900m to go took second clocking the same time as the winner. Olympic Marathon Champion Stephen Kiprotich of Uganda claimed third place in 61:35.

"With 200m to go I pushed but I didn't know how much I still had and as soon as I started to celebrate I saw Mike coming back at me again."

"Now I want to take a break and relax and get ready for the World Championships next year." Farah told BBC after the finish.

Some 57,000 runners from Great Britain and other countries took part in today's Bupa Great North Run in Newcastle making it world's largest half marathon race.