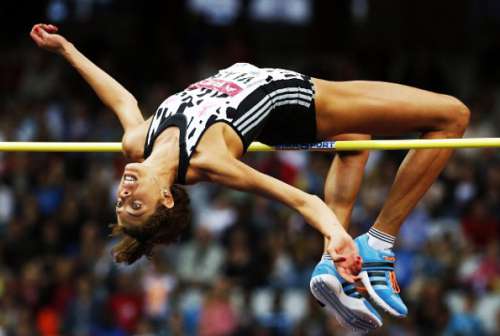 Former world champion in High Jump, Blanka Vlasic, stunned the British crowed at the Sainsbury's Anniversary games in London as she cleared 2.00m to win the event on Sunday, July 20.

Even though Vlasic failed to cleared 2.02m she left the competition on a positive note.  "I am very happy about the competition. Although I have done 2.01m in training anyways I did my season best " Said Vlasic.

The next competition for Vlasic will be European Championships in Zurich in mid August.

"European Champs is in 2 and a half weeks and I will need to train a little bit a home. I am getting there as you know it is a slow process after the injury and I just need to be patient with the training. My goal is get back to my shape where I can Jump over 2.00m in every meet." Vlasic concluded.