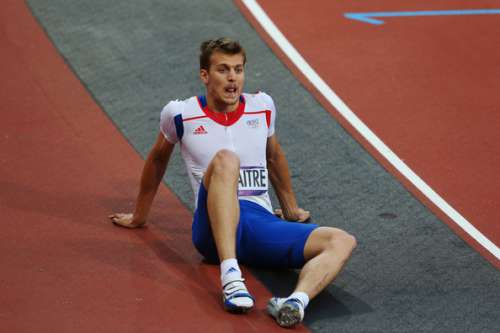 Frenchman, Christophe Lemaitre, injured his thigh and pulled out of  this weekend's European Athletics Team Championships in Braunschweig, Germany.

The 2011 world 200m bronze medalist, Lemaitre, was set to run the 200m on Sunday but after feeling pain in his right thigh during the practice he was pulled out of the meet .

"While doing a speed session on Tuesday eventing, Christophe Lemaitre felt a pain in his right thigh, high on the quadriceps, when crossing the line in his last 150m," the French athletics federation said on Thursday.

A muscle scan showed no torn muscle but the pain was still there. Lemaitre will have to take easy until next week when the second scan will be done said  the sprinter's doctor Fabrice Descombes.

Lemaitre will be replaced by Jeffrey John.