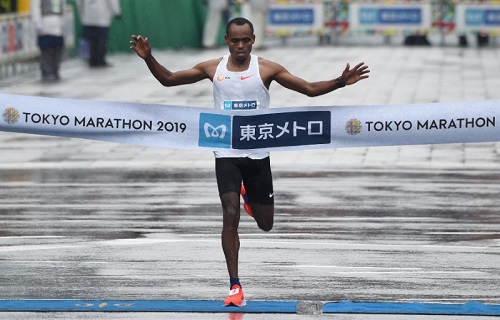 This year’s line-up of the Tokyo Marathon features eight runners with a PB under the 2:05 barrier. The goal is to break the course record in both men’s and women’s races held respectively by Wilson Kipsang (2:03:58) and Sarah Chepchirchir (2:19:47). Legese won the Tokyo Marathon title last year in 2:04:48 and finished runner-up to his compatriot Kenenisa Bekele in Berlin setting his PB with 2:02:48 last September. The 25-year-old Ethiopian runner will face his compatriots Getaneh Molla, who won the Dubai Marathon in 2019 in 2:03:34 on his marathon debut, and Sisay Lemma, who finished third in Berlin last year in his PB of 2:03:36. 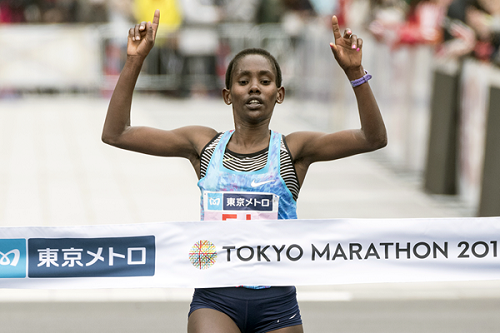 Ruti Aga from Ethiopia is the fastest runner in the women’s field with her PB of 2:18:34 set in Berlin in 2018. Aga went on to win the Tokyo Marathon last year in 2:20:40. Aga will take on her compatriots Birhane Dibaba and Tirfi Tsegaye. Dibaba won two editions of the Tokyo race in 2015 and 2018 and reached the podium in four of her five past appearances of the Japanese race. She finished third in Valencia last December improving her PB to 2:18:46 and is aiming at a 2:18:30 time on Sunday.

Organisers restricted entry only to elite athletes due to concerns over the outbreak of the Coronavirus.