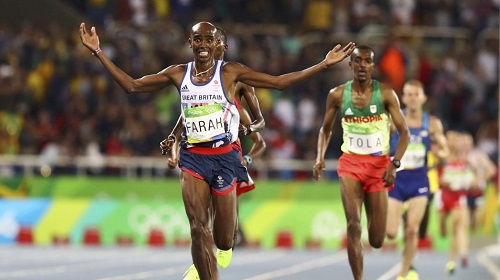 After finishing in a disappointing 10th place in Chicago marathon last month, the 36-year-old Farah believes he can perform better on the track than on the roads.

"I decided after Chicago, not straight away, but it was on my mind,”  Farah told The Guardian on Friday.

“I was watching the World Championship in Doha. I watched the 10,000m, and watch other races, and part of you gets excited." He said.

At Doha World Championships, the 10000m winners Joshua Cheptegei of Uganda clocked 56-second for the last 400m. It was 3 seconds slower than Mo Farah's final lap when winning the gold in London in 2017.

“I hope I haven’t lost my speed but I’ll train hard for it and see what I can do.”