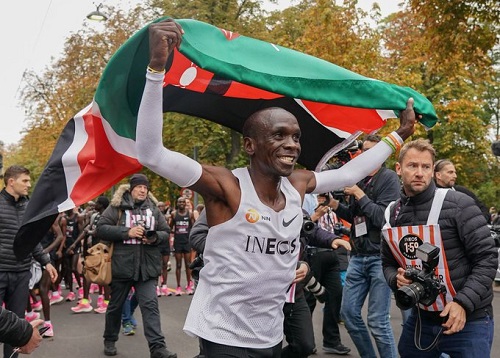 Kenya's Eliud Kipchoge became the first man in history to run a marathon in under two hours on Saturday (12) in Vienna at Ineos 1:59 Challenge.

His record will not be recognised as a Marathon World record by the IAAF since he used a team of 35 rotating pacemakers.

“Today we went to the moon and came back to earth! I am at a loss for words for all the support I have received from all over the world,”

"Now I've done it, I am expecting more people to do it after me." he added.