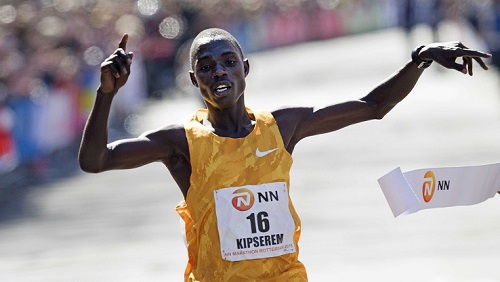 The 30-year-old Kipserem, who won 2016 Rotterdam maraton, clocked a huge PB of 2:04:04 beating World half marathon record holder Abraham Kiptum by 12 seconds. Kipserem improved his old personal best by more than 2 monutes, while Kiptum shaved 1 minute and 10 seconds from his previous best mark to finish in second place in the Abu Dhabi Marathon.

The men's podium concluded Dejena Gonfa of Ethiopia who finished in 2:07:06.