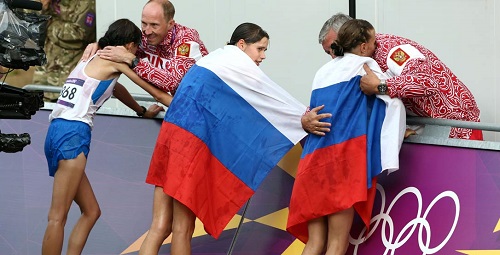 On Tuesday in Monaco, the IAAF council turned down Russia's appeal for reinstatement.

The council made it clear that the Russian Athletics Federation's ban will remain in place until the following two conditions have been met.

First of all, Russia has to make available data from Moscow's former anti-doping lab. Secondly, Russian Athletics federation must pay all costs incurred by the work of the IAAF's task force and in bringing or defending Russian cases at CAS. Until these two conditions are not met Russian athletes will remain banned from athletics.

"I hope they'll deliver the data by the end of this year," said Rune Andersen, head of the IAAF's task force on Russia. "But I cannot go any further than that.

"We've received no assurances it will be delivered to us directly.

"Assurances have been given to Wada (World Anti-Doping Agency) and Wada have set a deadline of 31 December to receive the data. We'll have to rely on receiving the data from Wada before handing it to the AIU (Athletics Integrity Unit)."

The ban also means that Russia will not be able to compete at the 2019 European Athletics Indoor Championships in Glasgow.

Russian Athletics Federation was banned from the sport in 2015 November because of clear evidence of state-sponsored doping.