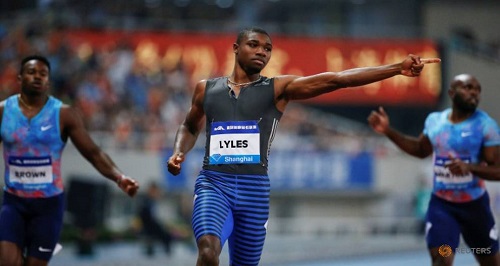 Aleia Hobbs, the NCAA champion of LSU, won the women's 100m final in storming 10.91 seconds. Hashley Henderson of San Diego came in second in 10.96 seconds while Jenna Prandini cocluded the podium with 10.98 seconds.