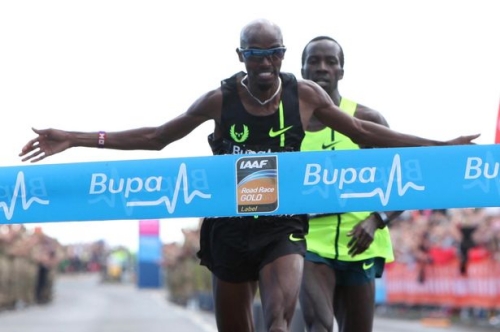 One of the most decorated distance runners of all time, Mo Farah, will run the half marathon at the Great North Run in Newcastle on Sunday, 10 September.

The 34-year-old Briton retired from track two weeks ago when he won the 5000m at the Diamond League meet in Zurich.

In London last month, Farah won 10000m gold and claimed siler in the 5000m in his final World athletics championships on track.

The 4-time Olympic and 6-time World champion over 50000m and 10000m retired from the track to focus only on the road running.

The world-famous half-marathon in Newcastle on Sunday will be Farah's first road race this year.

"To win four in a row would be unbelievable," said Farah.

"Winning just one Great North Run was a lifelong ambition. It's one of my favourite races in the calendar and I can't wait to come back to the North East." he added.