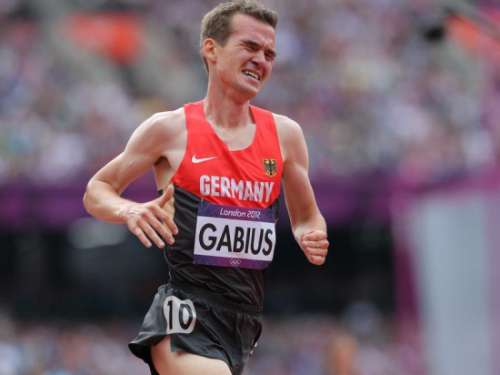 The German running star made his eagerly awaited marathon debut in autumn 2014 on this same course beside the River Main and made headlines with a high-class time of 2:09:32 in Frankfurt. Then came the performance at the end of October 2015 when Gabius made German marathon history in the pulsating atmosphere of Frankfurt’s Festhalle

Race director Jo Schindler commented: “All good things come in threes! On two occasions Arne has delighted his fellow runners and spectators in equal measure, especially with his fantastic run to break the German record. We want to harness this feeling again this year. We are delighted that this likeable elite performer has again decided to run the Mainova Frankfurt Marathon. We shall do all we can to provide him with the ideal stage to produce his best possible performance once again.“

The road classic beside the River Main has special significance for Gabius since it was there that he made his transition from track runner to run the two marathons which he has finished. A long term pelvic injury forced the Hamburg-born athlete to drop out of the 2016 London Marathon and also withdraw from the German marathon squad for the Olympics in Rio.

He competed in the Hanover Marathon in April this year but problems with his achilles tendon prevented him from finishing. “I think that was indirectly caused by the previous injury. I probably began running in a way to shield myself which had an impact on the achilles. I probably needed more time to prepare for Hanover,” reflected Gabius.

Another factor to influence Arne Gabius’ decision to run in Frankfurt is “The great organization and the surroundings in general – everything fits together so well. The later date also suits me. It means I can use the entire summer for preparation and finish it off with marathon speedwork on the flat,” said the runner who has made Stuttgart his home and is currently spending two weeks at altitude training in Pontresina near St. Moritz, funded by the Mainova Frankfurt Marathon.

Arne Gabius is still taking a conservative approach to his ambitions for the 36th edition of the Mainova Frankfurt Marathon on October 29: “Of course, I want to finish but also have a great competition. The next few weeks of training together with a half marathon which is on my schedule will show what kind of target is realistic. So far everything has been going well.”