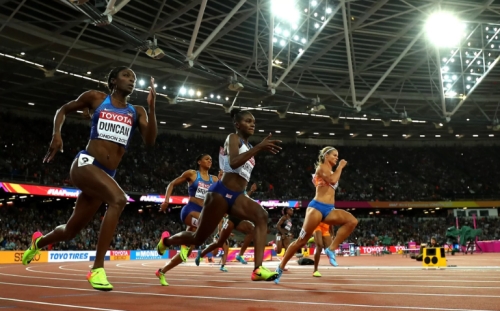 Meanwhile Shaunae Miller-Uibo, the 400m Olympic champion, of Bahamas came in third in 22.15.