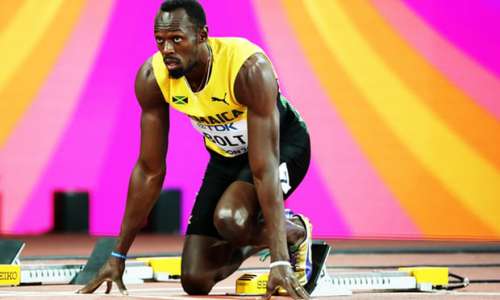 "I'm feeling great, but it was not a great race (for me)." Bolt told reporters after the race.

"I'm not fond of these blocks, I  have to get this together." he said.

The fastest men in the men's 100m heats was Julian Forte of Jamaica who clocked 9.99 seconds to win heat 3. Forte was the only men in the 100m heats  to go sub 10 seconds.

One of the fastest sprinters in the world this year, Thando Rotto, of South Africa was disqualified for false starting.