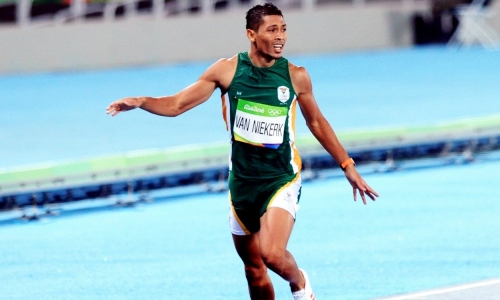 The South African super star posted 9.94 seconds, the sub 10-second performance in his career, to win the 100m in Velenje.

It was a very successful day for South African sprinters as the claimed the top three positions in the  men's 100m. Emile Erasmus clocked 10.12 for second, while Henricho Bruintjies took third in 10.14.

With his 19.84 second performance from two weeks ago, Van Niekerk is the World season leader in the 200m. The 24-year-old  Van Niekerk will attempt the 200m and 400m double at London World Athletics championships in August.