• Thomas Rohler Throws 87.28m for the win at Kuortane Games 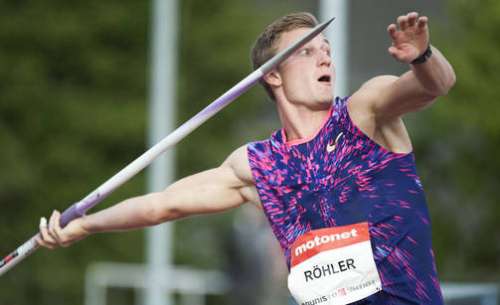 Olympic Champion Thomas Rohler of Germany with an impressive performance continued his winning ways in Kuartane Games in Finland, on Saturday, June 17.

Rohler, who produced history's 2nd farthest throw of 93.90m at the Doha Diamond League in May,  with massive throw of 87.23m in round five claimed the Kuortane Games javelin title.  Johannes Vetter (GER) finished in 2nd with 83.70, while Finland's Tero Pitkämäki took third with a throw of 83,17.

Rohler so far this year has won all of his six international competitions including two Diamond League meets in Doha and in Rome.