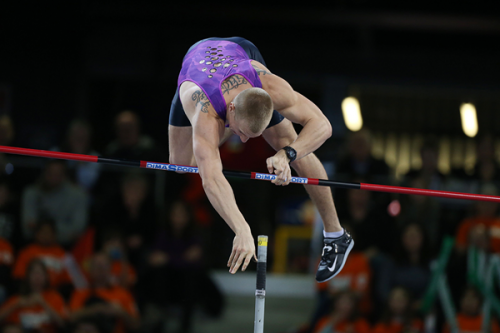 On the evening of Friday, 2 June 2017 the heart of Innsbruck's old town will once again provide the backdrop to a modern athletic spectacle of a special kind. The world's top pole vault and long jump athletes will compete in crossfire sequence within breath-taking proximity to the audience, hoping to qualify for the IAAF World Championships in Athletics and a place in the world's top rankings.

The specially designed "FlySwat", which is in fact the world's largest mobile athletic facility, offers an incomparable event atmosphere and brings spectators face to face with the world's elite athletes! This annual meet has become a highlight among athletic events and is known world-wide due to its successful broadcast and live-stream.