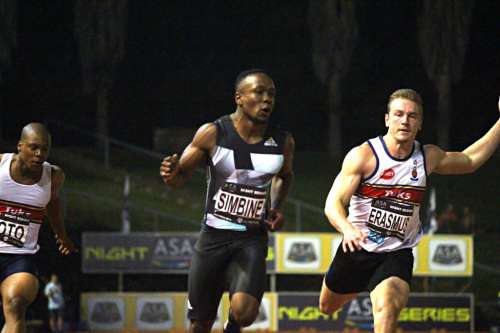 The Rio Olympics finalist Akani Simbine with a bang opened opened his 2017 season in South Africa on Saturday (March 4).

The 23-year-old Simbine posted a massive 9.93 seconds (Wind +2.0m/s) to win the 100m dash and later went to claim the victory in the 200m in a new personal best time of 19.95 seconds.  His 200m winning time was only 0.08 outside Anaso Jobodwana's South African record, while his time in 100m was 0,04 seconds slower than his national record, but was the fastest time ever run on South African soil.