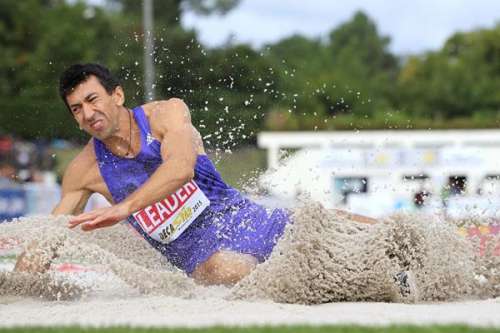 The women's title in Talence went to Netherlands Nadine Broersen with 6377 points only 4 points ahead of Cuba's Yorgelis Rodriguez  who scored 6373 points.