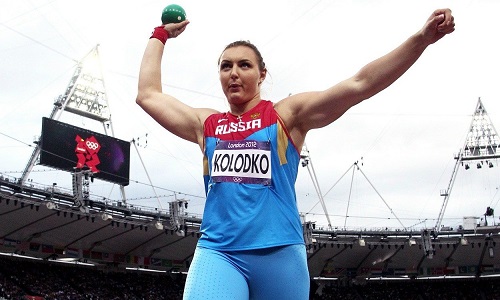 Russian athlete Evgeniia Kolodko has been stripped of her London Olympic silver medal in shot put after her doping sample retests showed a presence of a banned steroid.

"Kolodko ... has been disqualified from the Olympic Games London 2012 in which she ranked second and for which she was awarded the silver medal," the IOC said in a statement on Sunday.

"Reanalysis of Kolodko's samples from London 2012 resulted in a positive test for the prohibited substances dehydrochlormethyltestosterone (turinabol) and ipamorelin."

Now after Kolodko's disqualification Chinese athletes  Gong Lijiao and Li Ling will be upgraded to silver and bronze respectively.