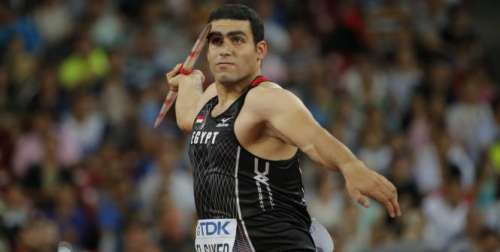 Abdelrahman's future will be determined on monday after doping experts in Barcelona will test his  B sample. In case of positive B sample Abdelrahman will face a ban for up to 4 years.

As of now Egyptian javelin thrower is also temporarily banned from entering Olympic village Rio which opened doors to athletes on Sunday, July 24.

"The analysis was done and it was proven that there were two types of external sources of the male hormone (testosterone) that have been taken by the athlete," the Egypt anti doping officials said in a statement.

Abdelrahman, who won silver medal at last years world championships in Beijing, this season has won two IAAF Diamond League meets; one in Eugene in May and other in Stockholm in June. In this year's world javelin rankings he sits in #5 position with a 87.37m throw.