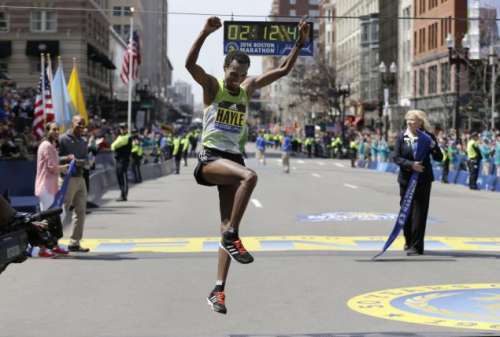 Ethiopian runners had a perfect day in Boston as they swept the men's podium with women finishing 1-2.

Both winners Atsede Baysa and  Atsede Baysa not only earned a prize of USD 150,000 , but also earned their spot on the Ethiopian Rio Olympics team.