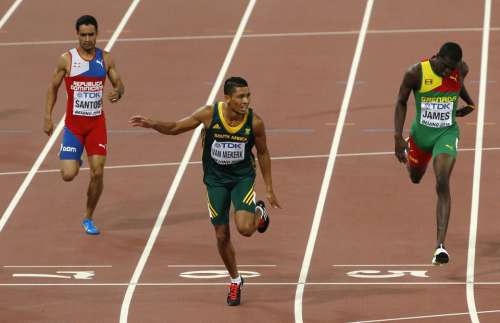 In Zurich we will see Beijing world championships 400m final rematch as American LaShwan Merritt will also line up in the 400m race.

Kirani James is currently leading the Diamond race with 10 points followed by Van Niekerk with 8, so there will be a fierce battle between both as the winner will go home  with a Diamond Trophy and a prize of USD $50,000.

Kirani James and Van Niekerk have scored three victories in Diamond League meets this year.  In case case of equality on points, the number of victories decides, if there still is a tie, the better result at the Final decides the winner.