The 2014 Istanbul marathon could see it's course record fall as the race organizers have attracted a strong field of 16 Ethiopians and five Kenyans to compete in the Streets of Turkey's capital this Sunday. 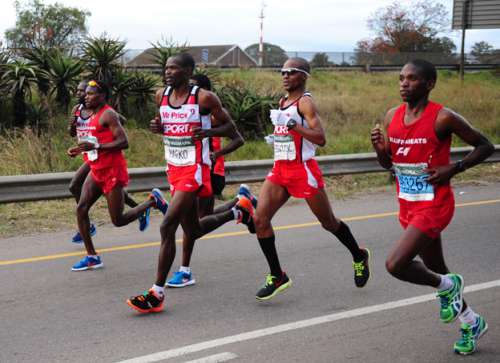 Several of elite runners who will run the Istanbul Marathon hold their person best marks below the current course record  of 2:10:39 and with fine weather conditions and good pace making  the course record will possibly be lowered under 2:10 mark.

Haile Haja (25) is also a very strong contestant for the win in Istanbul as he posted personal best mark of 2:09:20 in Daegu marathon.

Kenyan team doesn't bring in as much as talent as Ethiopians, but the course record holder and defending champion Vincent Kiplagat will be the man to beat. Besides the course record, Kiplagat holds one of the fastest season best time (2:10:56) among the runners.

The 39-year old William Kiplagat will be one of the most experienced runners in the race as he holds an impressive PB 2:06:50 from 1999 in Amsterdam.