The track and field competition concluded with a spectacular showdown on Saturday night where three meeting records went down in nine exciting commonwealth games finals in Hampden Park.

Nigerian team was more than a second behind the Jamaican ladies.

#453084190 / gettyimages.com
Much supported by crowd England defeated favorite Bahamians for gold by a margin of 0.05 seconds.

5. Jamaican Women pose after well deserved victory in the  4x400m final where they set a new game's record of 3:23.82

6. Bolt enjoyed all of the Saturday's night competition!

8. Believe it or not, but there is a Javelin Champion from Kenya - Julius Yego.

# source #453079590 / gettyimages.com
25-year old Kenyan Julius Yego came in the Commonwealth Games Javelin final as one of the favorites
and he proved  it by taking gold with a toss of 83.87m. 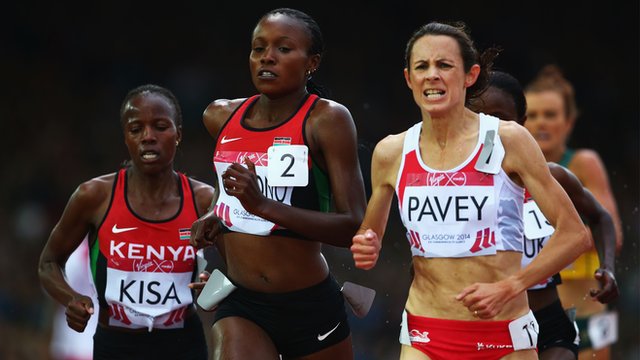 There was no big surprise that the Kenyans went 1-2, but England's Jo Pavey's  bronze at
age of 40 was more than impressing.
Live Stream