• Usain Bolt and Jamaica Set For Friday's 4x100m Preliminary Round 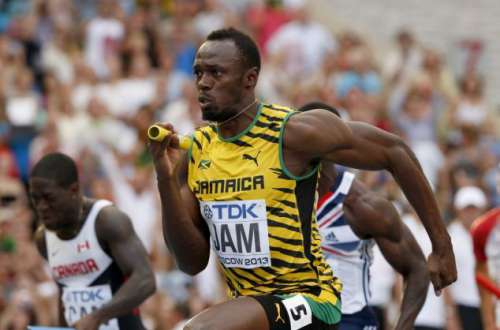 Planet's fastest man alive, Usain Bolt, will be in action for the first time this season as he will run the 4x100m relay on Friday night (August 1)  at the Commonwealth games in Hampden Park in Glasgow.

Bolt suffered a foot injury in April and was unable to get in decent shape for the season and withdrew from all the meets he was scheduled to compete in June and July. There were concerns that Bolt wouldn't even compete this season until end of July when the 6 time Olympic champion confirmed his participation in Commonwealth games 4x100m relay for his country.

With Bolt, who know's how to deliver when it matters the most, and Nickel Ashmeade and Baily-Cole, who are among the best in the world season list, Jamaican's are by far the favorites to win the event.