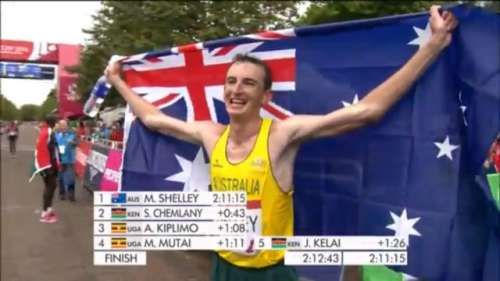 The 2:11 marathoner, Shelley, who won silver in 2010 commonwealth games about 3km left in the race pulled away from the leading pack and race favorite Stephen Chemlany  and never looked back.

Shelly crossed the finish line in 2:11.15 setting a new personal best while  Stephen Chemlany of Kenya took second in 2:11:58 while Uganda´s Abraham Kiplimo after recovering from a bad fall managed to come back and win the bronze medal in 2:12:13.