• Men's Athletes of the Week

The previous week brought several excitements to track and field fans from around the globe. Check out  who were the five best male performers from previous week. 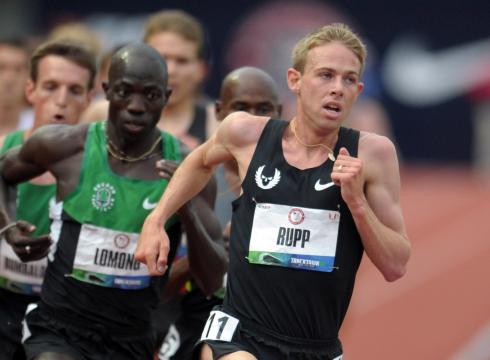 American distance runner, Galen Rupp, produced history's 8th fastest 5000m time indoors of 13:01.26 at the Boston University Indoor meeting last Thursday.The London Olympics 10000m silver medalist entered the meeting with only one aim to break American record (by then owned by Bernard Lagat - 13:07.15) and completed the mission. His nest goal is to break American mile record indoors that stands at 3:49.89 which belongs to Bernard Lagat.

Samuel Chelanga, finishing behind Rupp in the Boston indoor 5000m race, also set remarkable time of 13:04.28. The 28 year old Kenyan was the only runner that tried to challenge Galen Rupp, but he lacked the speed to hold on in the last 400m.  Chelanga now is #2 in the world's 2013 indoor list and among top 20 in the 5000m indoor performance history. 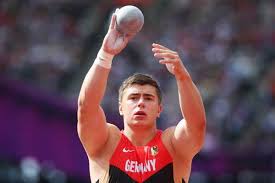 Storl solidified his world lead in shot put as he tossed the 7kg shot just 4cm over the 21 meter mark on Saturday at the at the Sassnitz shot put meeting. So far Storl looks impressive in his preparation for the World Indoor champs that nothing else than gold in Sopot would be a disappointment for him. 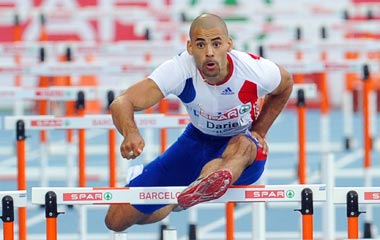 The 26 year old set a seasons best time in the world at the international indoor meeting in Lyon, France on Sunday (19).

In 2012 Darien reached his lifetime form setting a 13.15 sec PR in the 110m hurdles at the 2012 helsinki European champs, but then the athlete struggled to regain his shape after suffering from minor injuries which left him out from the London Olympic final and the whole 2013 season.

Age: both athletes are 21

Both youngsters running in two separate races across  the USA set World leading times of 46.36sec in the 400m. Both sprinters will be favorites for the NCAA D1 Indoor championship title in march in Fayeteville, AR.