• 5 Best Ladies of the Week 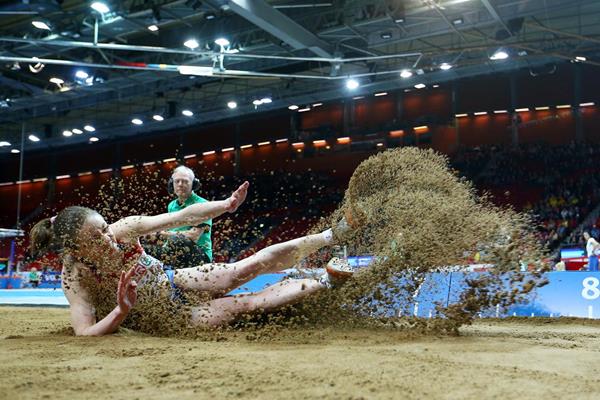 At the Christmas Cup in Moscow, Biryukova defeated Russia's long jump superstar, Darya Klishina, with a brilliant leap of 6.98 meters. Biryukova not only set a new personal best but put herself in the #1 spot of the 2014  world's indoor list. The 23 year old for sure will be a gold medal contender at the Sopot World Indoor Championships in March.

The 2012 world Junior champion and Moscow World Championships finalist in high jump, Alessia Trost, set the world leading mark in the vertical jump of 1.96m. More impressive is that she made this mark while doing pentathlon in which the Italian youngster collected 4035points (9.16 1.96 10.76 5.85 2:38.45).

The native of the small Caribbean island,Trinidad & Tobago, put her name on the world's top list after shaving 0.11 sec from her previous personal best in the 60m at the Houston Indoor Opener.

The 21 year old last year set a PR of 11.06 in the 100m and if she continues as good as she started this season on Saturday, she might as well join the sub 11 second 100m club any time soon.

Running on the worlds one of the fastest Indoor tracks in Fayeteville, Arkansas, the 18 year old American finished her first indoor meet of the season with a massive PR and #1 in the world.

On saturday the 23-year old Russian faced a very talented group of the Russian distance runners but managed to prevail with a currently world leading time of 8:55.90.

Little was known about Korobkina until last year when she took the silver medal in the 1500m at the World University Games in Kazan.  Korobkina also won the same event at the Russian World Championship trials and set a PR of 4:05 at the World's 1500m Championship Final in Moscow.