The first real week of the 2014 season is done. Lets take a look at the top 5 men's performances from around the world from this week.

Ukhov after a disappointing 4th place finish at the Moscow world champs opened this season on a high note as he managed to clear 2.38m. His Coach, Sergei Klugin, says that the athlete is ready for big things this year.

Reigning Olympic and World Champion, Lavillenie, after a magnificent 5.93m performance on December 24th, this Saturday proved once again that he is going to be a man to beat at the World Indoor Champs in Sopot in March.

Knowing that he is always in top shape at the time when there is matter to win the gold medal at any major championships we can expect a 6m - plus performance at the World Indoor Champs.

The 22 year old American who is running for Ohio State cemented his name in the school's record books when he broke his own 60m hurdle school record at the Ohio State opening meet on Friday. The 2-time NCAA D1 All American is now tie for the world lead with Russia's World 110mH bronze medalist Sergei Shubenkov.

USA based Zimbabwe's 2011 World championships bronze medalist and 4 - time NCAA champion, Ngonidzashe Makusha, is preparing to strike at world indoors as he became the first man this year to crack the 8.00m mark indoors. 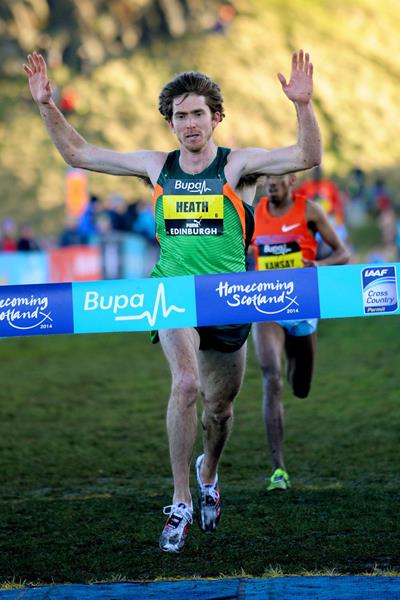 If anyone would bet who would win the Bupa's Great Edinburgh 4km cross race on Saturday, the vote would go to Asbel Kiprop or Kenenisa Bekele. But after all it was the day of American Heath, who took a surprise win at the very end of the race as he surged away from the pack some 250 metres to go.

Around 1km mark Kenyan Kiprop was leading the pack together with Heath and world youth steeplechase champion Meresa Kahsay of Ethiopia and it looked like that the comfortably running Kiprop would take it.  But some 300m to go, the American surged away from the small pack and there was nothing left in the tank for anyone as the American crossed the finish in 11:51 with Kahsay in second (11:52) and Kiprop in third (11:58).