• Mary Cain and the System that Failed Her

From the most promising female runner in America to a strong voice against Nike’s Oregon Project and ex-couch Alberto Salazar. Read about Mary Cain’s journey. 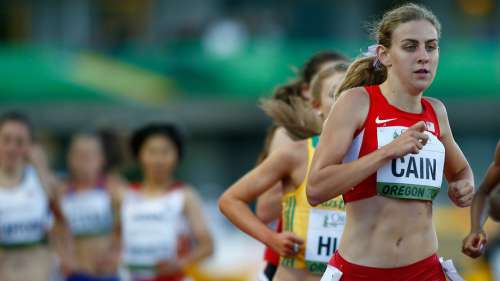 Mary Cain wanted to be the best female athlete ever and when she thought she was well on her way, everything collapsed. Today, at age 23, she is speaking up against her ex-coach Alberto
Salazar’s cycle of abuse at the Nike’s Oregon Project and a system, that she believes, is hurting young female athletes’ minds and bodies.

According to Cain, star couch Salazar invited her to be a part of the Nike Oregon Project, telling her that she was the most talented athlete he had ever seen. However, the cycle of abuse started once she was signed by, what was thought to be, the best track team in the world.

The Nike Oregon Project was a dream for the 17-year-old Cain who aspired to be the best. When she joined the elite group an all-male staff told her that for her to become faster, she had to be thinner. In a personal Op-Ed video by The New York Times, Cain described her experience of mental and physical abuse.

She mentions that Salazar forced her to weight herself in front of teammates, break anti-doping rules by using diuretics and birth control pills and yelled at her in front of other athletes repeatedly. Although the weight requirement was pushed against her and other athletes, there was no certified nutritionist or psychologist on staff, not to mention the absence of a female leader as part of the team of experts.

As a consequence, Cain suffered in silence the worst kind of mental and physical abuse. Suicidal thoughts, loss of her period for three years and five broken bones were some of them. When she started cutting herself, there were people watching and no one did anything, including couch Salazar. That is when she reached bottom and call her parents who bought a plane ticket immediately for her to return home.

For almost twenty years, the Nike Oregon Project promoted elite American long-distance runners. The famous project attracted people from all over the country who wanted to become the best. For years, a lot of young promising athletes were shoot to stardom after winning records and suddenly disappeared. That was Cain’s case. Nobody knew what had happened to her.

Just months ago, famous couch Alberto Salazar was banned for four years for violating anti- doping rules and that’s when Cain decided to speak up. She describes a system designed by Salazar and endorsed by Nike that is hurting young female athletes’ bodies and minds. Cain still wonder what would have happened to her professional running career if she had had female role models and the right professional support at the time when she needed the most.

Just as Cain, many female athletes are fighting for equal rights in sports: equal pay, equal sponsorship, equal training quality. What else do they have to go through for leaders to finally hear their plea?