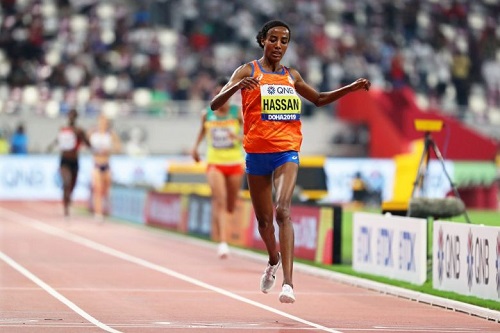 Sifan Hassan of the Netherlands produced stunning final 1500m of 3 minutes and 59 seconds to win the IAAF World Athletics Championships 10000m title on Saturday in Doha.

With 500m remaining, Hassan overtook Ethiopia's Letesenbet Gidey, the double World Junior cross country champion, and powered home to win the race in a World-leading and national record time of 30:17.23. Letesenbet Gidey who tried to exhaust Hassan with 4 and a half laps remaining won the silver, her first global medal on the track, in 30:21.23.

Hassan also won a world championship bronze medals over 1,500 meters at 2015 championship and 5,000 meters two years ago in London.