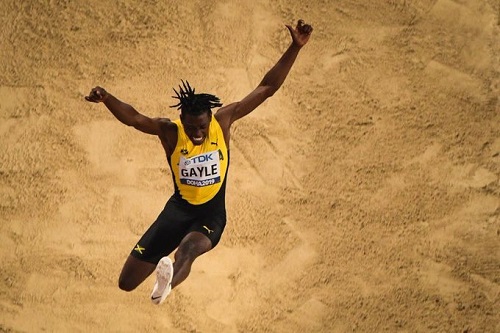 With numerous gold medals in the track events, Jamaican athletes have never won a gold medal in the field events at World championships until today. Tajay Gayle jumped a new national record and World lead at 8.69m to win gold at the IAAF World Championships of Athletics in Doha on Saturday (28).

After 8.46m in round one, Tajay Gayle sailed to a world-leading, #10 all-time and national record 8.69m in round four to secure the first-ever field event gold for Jamaica.