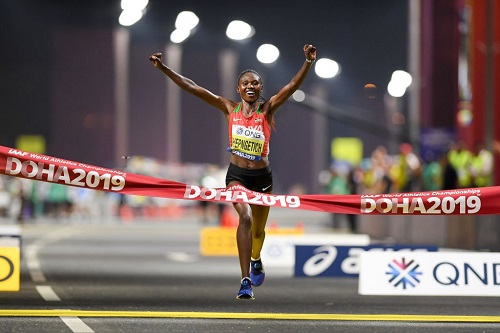 The race kicked off at midnight on Friday to avoid extreme heat, but the air temperature was still above 30C with 70% humidity. Almost 30 runners were forced to quit due to extreme weather including all three Ethiopian runners who were real medal contenders.

"We never would have run a marathon in these conditions in our own country," Ethiopia's marathon coach Haji Adillo Roba told AFP.