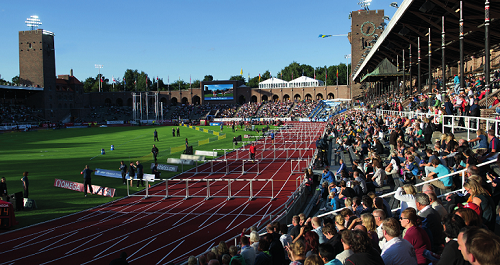 The World famous track meet, Bauhaus Galan in Stockholm, has been removed from the 2020 Diamond League calendar, the meeting organizers said on Friday.

The track and field governing body (IAAF) is re-organizing the Diamond League series by reducing the number of competitions from 14 to 13.

In an attempt to make it easier to understand the DL series, the IAAF is also cutting the number of events from 32 to 24. The IAAF has already removed the 5000m race and is planning to remove the discus throw.

“We now have the possibility to arrange exactly the competition we want, without being steered by directives from the Diamond League,” meet director Jan Kowalski said in a press release.

“We can decide what events to have in the Bauhaus Galan ourselves, and not have a number of events assigned to us as previously.”

Earlier this year the Stockholm meet organizers signed a new 5-year deal with Bauhaus, which guarantees them the financial resources required to continue host the event, the meet director said.