• Runners to flock to Ústí in pursuit of new records, as prestigious EuroHeroes series comes to a head 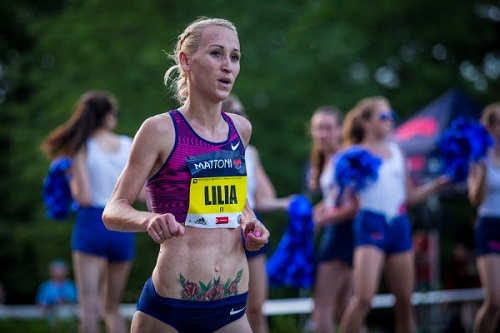 A total of eight runners with personal bests ahead of the current European race record, plus defender of last year’s victory title ready to rack up a new personal best. This star-studded cast will be flocking to the city on 21st September for the 9th Mattoni Ústí nad Labem Half Marathon, an IAAF Gold Label race and the ninth event in the RunCzech season. The city will also play host to the fourth and final EuroHeroes Challenge race.

Arriving armed with a personal best of 1:02:24, recorded last year in Glasgow, where he took second place, the hot half marathon favourite on paper is Polish runner Marcin Chabowski. He predominantly comes into his own at races held on home turf, having reigned supreme at half marathons in Poznan and Warsaw, while also finished second in the 10 km race in Gdansk.

The experienced thirty-three year old athlete will face fierce competition from Jaume Leiva Beato and fellow compatriot Arkadius Gardzielewski. Thirty-six year old Beato has already raced in České Budějovice this year, having taken third place there, and certainly has a decent chance of getting into the podium rankings of the EuroHeroes Challenge providing he performs at the level of his personal best (1:02:29).

Gardzielewski boasts a personal best of 1 hour, 3 minutes and 17 seconds. Just like Chabowski, he’s also a fitness and running trainer and will be making his debut appearance this year as part of the EuroHeroes series. For this reason, both runners only have a partial chance of success without any claim on the overall rankings. That said, they may be able to shuffle the cards for those still battling it out for ultimate glory – specifically the Ukrainian runners Roman Romanenko and Ihor Olefirenko.

In terms of the women, Moldovan long-distance runner Lilia Fisikovici will also be keen to defend her victory from last year. She hasn’t face any competition so far this year, having triumphed at all three previous races in Karlovy Vary, České Budějovice and Olomouc.

That’s not to say there won’t be a fight for the prestige of amassing EuroHeroes podium points. To help with this the organisers have invited outstanding British runner Jess Piasecki (1:11:36), coached by Robert Hawkins (father of the fastest European half marathon runner), to enter into battle with Darya Mykhailova (personal best 1:12:28). Others hungry for a slice of the winning action include Polish runner Izabela Trzaskalská (1:11:33), who competed at the 2017 World Athletics Championship.

The Czech men’s field will be bedecked with a trio of half marathon stars. Armed with brand new personal best times in the 5 & 10 km distances at the recent Birell Prague Grand Prix, Vít Pavlišta (1:05:09) from Liberec will want to maintain his winning momentum, with the České Budějovice youngster David Vaš (1:07:42) and Pavlišta’s peer from Brno Jan Kohut (1:06:18) certain to give him a run for his money. On top of taking race victory, Pavlišta will also have his sights set on securing a top position as part of the EuroHeroes Challenge.

The Czech women’s field looks especially well-balanced, with four runners all capable of taking a spot on the podium for the best local athletes. Following her best performance at the Birell Prague Grand Prix in both the 5&10 km distances, Hana Homolková (1:18:28), who hails from Nové Město na Moravě is likely to be feeling quietly confident, though will face a top rival in Kristýna Dvořáková. Others to keep a close eye on include Tereza Hrochová (1:16:12), who enhanced her personal best this year in Pardubice, plus the traditionally strong and experienced Ivana Sekyrová (1:14:06).

The Mattoni Ústí nad Labem Half Marathon kicks off at 3pm on Saturday 21st September. It also features the Family Run (kicking off at 13:30) which can accommodate 3 400 participants. The main race capacity is capped at 3 700 runners, which added together, totals up to 7 100 runners in the city. The Spolchemie Czech Handbike Cup will kick off the day’s competition proceedings which this year also plays host to the National Championships in the junior category (starting from 12.00).