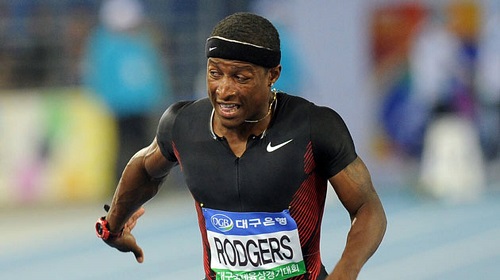 "Season's best today starting to come around at the right time on to the Diamond League final!" Rodgers posted on Twitter.

Frenchman Jimmy Vicaut came in second with 10.05 seconds while two Japanese sprinters Abdul Hakim Sani Brown and Yoshide Kiryu both clocked 10.07 seconds to finish 3rd and 4th respectively. Former World record holder Asafa Powel had a very good start but in the final stages of the race he suffered from the left hamstring cramp and was forced to slow down significantly to finish in 7th place in 10.26.

In the men's 400m Qatar's Emmanuel Bamidele stormed to a victory in 44.85 seconds. Polina Miller, the unatached authorised athlete from Russia, won the women's 400m in 51.00 seconds.