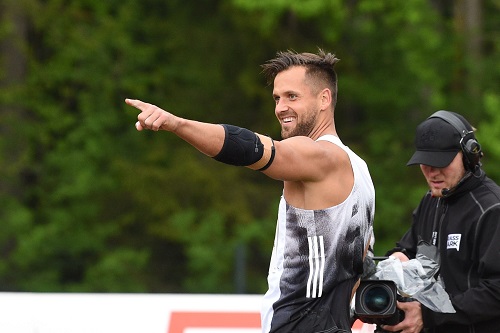 Estonia's Magnus Kirt threw a new World lead in the javelin in rainy and cold conditions in Vantaa, Finland on Saturday, May 25.

The European championships bronze medalist from last year in Berlin in his second and final attempt of the meet managed to throw a massive 98.33m which was only 42cm shy of his personal best.

2012 Olympic champion Keshorn Walcott finished in last place in the meeting with 72.61m .