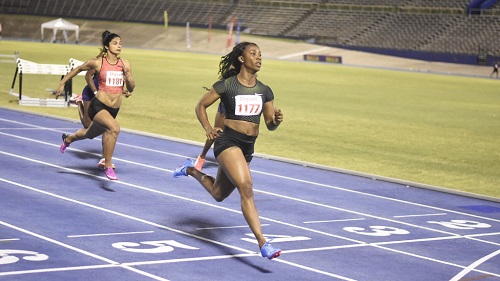 Shelly Ann Fraser-Pryce was in great form as she won the women's 100m at the Grenada Invitational on Saturday, March 13 in St George.

The 9-World and 2-times Olympic champion Fraser-Pryce easily won the 100m dash in 11.20 seconds (wind 0.6m/s) which was a new meet record. Another Jamaican Jonelle Smith came in second in 11.35 with American Aliyah Brown in third in 11.46.