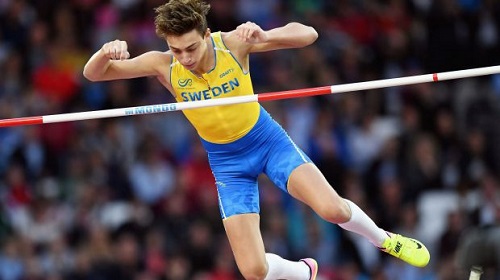 Teenager Armand Duplantis put a dominant display in the men's pole vault on Sunday to stun World record holder Renaud Lavillenie with a 6.05m performance to win the European title.

“I do not think that there are any words in this world to describe what I feel. I am on the top of the world, so happy. I had to switch poles at the higher heights for the ones I have never used before. After I jumped six metres, I just knew I needed to go higher to solve it. It was crazy,” said Duplantis.

Bar heights between 5.85 and 6.05m the18-Year-Old Sweed cleared on his first attempt.

"He is not yet 20, he is a good friend and what he did today was just amazing." Said three-time European outdoor champion Renaud Lavillenie who settled in third place with a season's best of 5.95m.