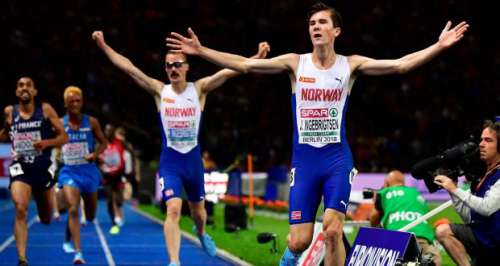 Jacob Ingebrigsten became the first man ever to win 1500m /5000m at the European Championships on Saturday, August 11.

With three laps remaining, the 17-year-old took the lead from Switzerland's Julien Wanders and stayed there. Ingebrigsten covered the bell lap in storming 54.09 to complete a remarkable distance double. Jacobs finishing time of 13:17.06 shattered his own European U20 record.

“Winning the second title in two days is the result of having done this my whole life,” said Jakob. “We started preparing for the 5K final as soon as we crossed the line in the 1500m last night. It was a little crazy to get this medal. This is huge.” Jacob said.