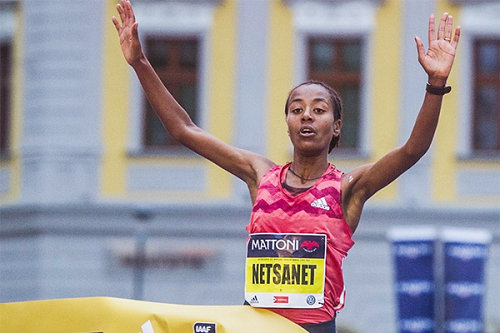 The 19-year-old Getahun, who finished 6th at World Half Marathon Championships in Valencia in March, clocked 1:05:08 to win Bogota Half Marathon way ahead of his compatriot Feyisa Lilesa, who won Bogota half marathon a year ago and took the marathon silver medal at Rio Olympics. Kenya's world famous road racer Dickson Chumba crossed the line in third place.

Meanwhile, the women's race was won by World champion, Netsanet Gudeta, who crossed the finish line in 1:11:32, unofficially. Brigid Kosgei of Kenya took second place while Ethiopia's Degitu Azimeraw concluded the podium. On March 24 in Valencia, Gudeta took the World half marathon title in a new women's only World record time of 1:06:11.

Colombia's capital city Bogota is situated at 2600m above the sea level.