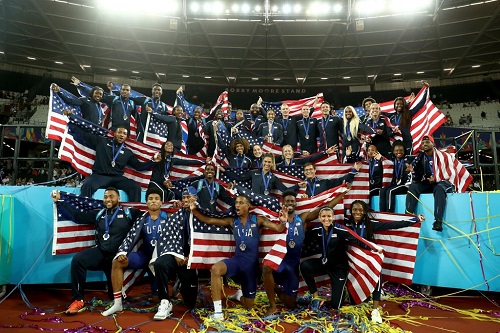 On July 14 and 15, the London Olympic Stadium hosted the first ever Athletics World Cup.

After two days of World class competition, the USA's track and field team came top of the overall standings, way ahead of Poland and Great Britain & Northern Irland who finished second and third respectively.

"We are a diverse country and to see this team be so diverse, I am proud to be American just now,"

"It is fantastic to be the first winners of the Platinum trophy - every other country will have to come and live up to that and try to win it and we will really want to come back and win it again,"