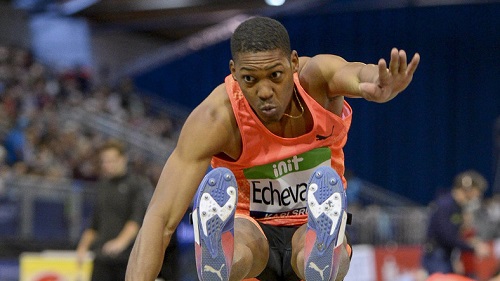 Echevarría, two weeks ago at Diamond League meet in Stockholm, almost landed outside of the long jump pit after he managed to leap a wind aided (+2.1m/s) 8.83m.

The women's long jump contest  took local athlete, Alexandra Wester, who jumped 6.64m in the last round to beat her compatriot Melanie Bausche by 1cm.