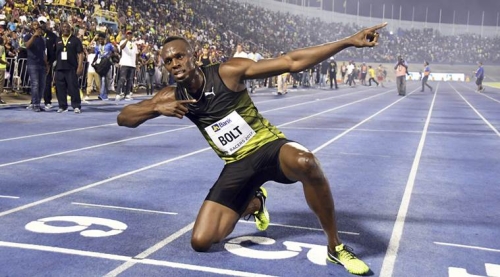 The nine time Olympic champion, Usain Bolt, will line up in the men's 100m at the Monaco Diamond League meet on Friday, July 21.

The 30-year-old Bolt will contest this Friday in his final Diamond League race of his career at 9:35pm local time.

Monaco will be the final fitness test for Bolt before the IAAF World Athletics Championships in London scheduled for August 4-13.

Usain Bolt won two 100m races in June. He clocked 10.03 to win Racers Grand Prix and 10.06 seconds to win at Ostrava Golden Spike meet. After the race in Ostrava Bolt complained about tightness in his back so he decided to travel to Germany to treat the issue.

Bolt may need to go sub 10 seconds to win the race in Monaco as the field he faces includes four of the top 10 men in the world this year. South Africa's Aki Simbine (9.92) and USA's Chris Belcher (9.93) both are ranked in top five in the world in 2017. Great Britain's Chijindu Ujah 4 days ago clocked his seasons best time in Madrid of 9.98 and American Isiah Young who has ran 9.97 seconds this year. Also in the field is Olympic 110m hurdles Olympic champion Omar McLeod of Jamaica who set his 100m personal best 9.99 seconds last year.