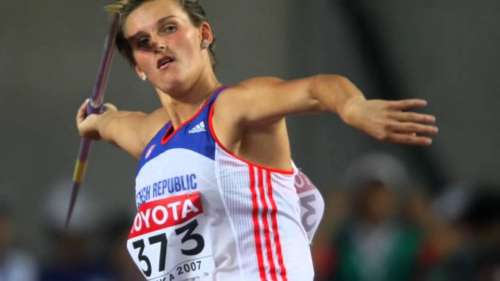 The Czech javelin thrower, Spotakova,  threw a massive throw of 68.26m in final round to beat World season leader and reigning Olympic champion Sara Kolak of Croatia. The 36-year-old Spotakova produced her best thorw since 2012 season when she won her second Olympic gold in London.

“I didn’t expect such a big throw even though I knew I was in good shape,” she said. “ Spotakova told BBC.

“Now, I have to keep my form until August – it’s pretty even with me and a couple of the other girls so I can’t underestimate anyone, it will be a very exciting competition.” she added.

Russia's Maria Lasitskene cleared 2.00m to win the women's high jump. It was the 17th consecutive win for the Russian athlete.

Ekaterina Stefanidi of Greece went over 4.81m for the win the women's pole vault.

Daniel Stahl, the Swedish record holder, prevailed in the men's discus with a throw of 66.73m as Jamaica's Fedric Dacres with 66.66m took second place.