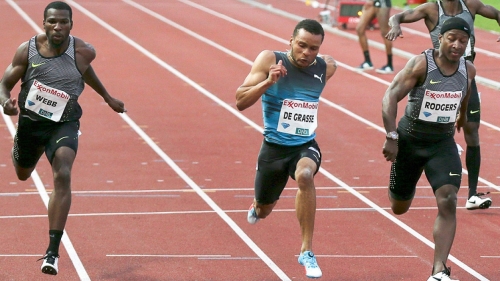 The 3-times Olympic games medalist De Grasse powered home in 10.01sec beating Great Britain's Chinjidu Ujah by 0.01sec into second place. It was the second Diamond League victory for De Grasse after he took the 200m a week ago in Rome.

"It's my best for the season. I hope it will continue in Stockholm on Sunday and where I want to get under 10 seconds for the first time before the Canadian trials for the world championships," said De Grasse.

Home crowed witnessed the 16-year-old Jakob Ingebrigtsen win the U20 Dream Mile in a new age world record of 3min 56.29sec. Two weeks ago in Eugene Diamond League Jakob Ingebrigtsen became the first teenager in history to break four minutes in the mile with 3:58.07. 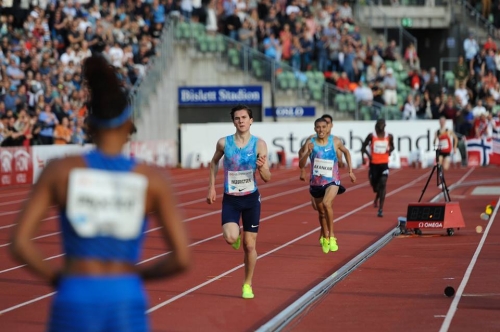 Qatar's Mutaz Essa Barhim established a meet and facily record with 2.38m in the high jump. He improved the 28-year-old Javier Sotomayor's meet  record by a centimeter.

The 2015 World 200m champion and 100m silver medalist Dafne Schippers' 25th birthday almost turned into a disaster as she was disqualified twice from the 200m race before successfully appealing her disqualification. Schippers first was DQ'd for false starting.  The Ducth sprint star was allowed to run under protest, winning the race in 22.30. Murielle Ahoure of Ivory Coast was given victory with 22.74 as Schippers was disqualified again after the race. Soon later Schippers was crowned the 200m winner as she was was reinstated on appeal.

"There was a lot of noise at the start and it was difficult to concentrate," said Schippers. 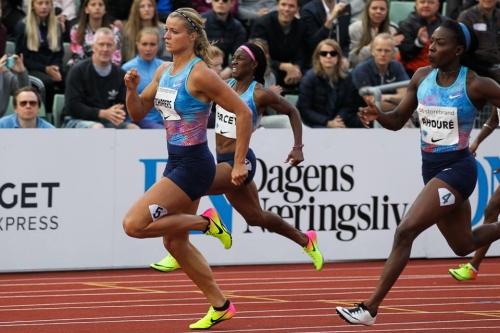 Norwegian fans witnessed a new national record In the 400m hurdles. The  21-year-old Karsten Warholm claimed a surprise victory in the event  in an impressive 48.26 seconds. 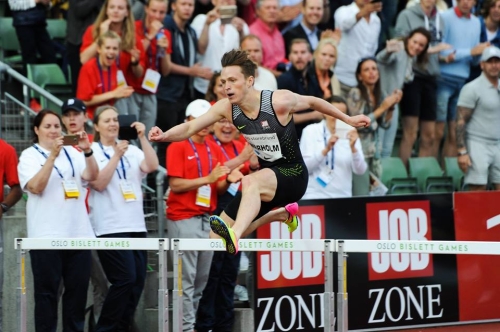 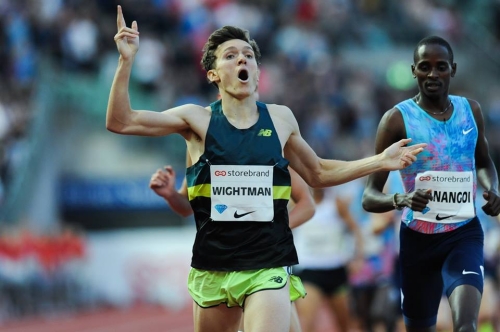 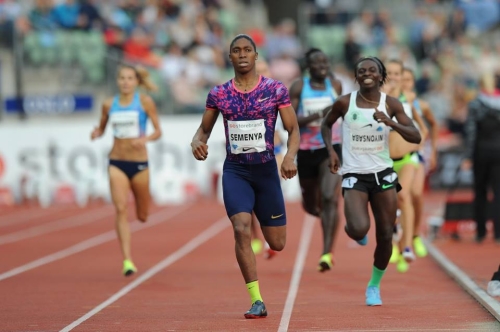 Yarisley Silva of Cuba cleared 4.81m for the win in the women's pole vault. 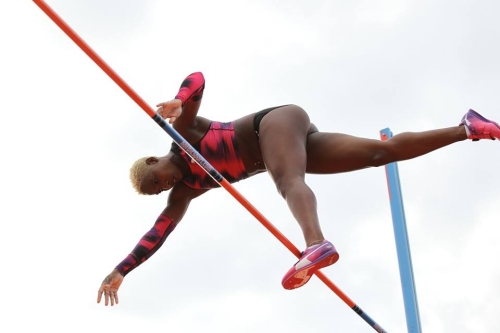 In the middle of a women's long jump competition Blessing Okagbare-Ighoteguonor lost her wig on a jump.  Tianna Bartoletta of the U.S. won the long jump with 6.79 meters in the final round to beat leader Darya Klishina, who jumped season’s best of 6.75m in final round, into second.