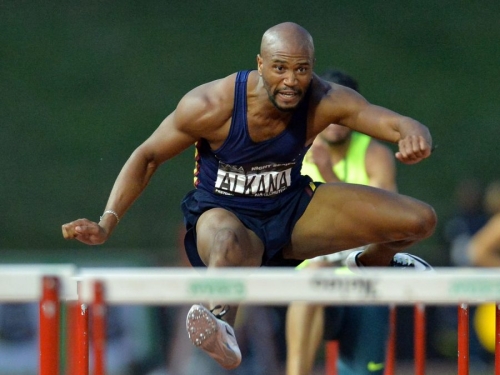 The 27-year-old African Champion, Alkana, shaved 0.17 seconds from his old personal best to cross the line in a blistering 13.11 seconds for the win in the men's 110 hurdles. His time is a new new South African and meet record, and is tide for the 3rd place in 2017 world rankings.

South African athletes had another success in Prague as Wenda Nel, the 2015 world championships finalist, powered home to win the women's 400m hurdles in a new season's best of 54.66 seconds.

Czeck athletes impressed in the javelin events as Jakub Vadlejch claimed the men's contest with an impressive throw of  87.21m, while former World and Olympics champion Barbara Spotakova claimed women's javelin with 62.88m.

Elsewhere on the track; Mosito Lehata claoimed the men's 100m dash euqalling Lesoto's 100m national record of 10.11 seconds. Norah Tanui prevailed in the 3000m steeple in 9:22.32. Jan Kudlicka went over 5.70m for the win in the men's pole vault.